Hockey and Yoga, a good combination?

Hockey and Yoga, should we combine them?

The practice of yoga has been gaining popularity in North America since the beginning of the century. In 2005, there were more than 1.4 million people who yoga in Canada alone. It was an increase of 45.4% compared to 2003 (1). More recent data from the United States shows an increase of 29% from 2008 to 2012(2). This growing enthusiasm for yoga is also felt in the sports community. This activity is also more often incorporated in the physical and mental preparation of hockey players. Is yoga practice as beneficial as we believe for hockey players?

Physical benefits?
Yoga seems to have a lot of physical benefits in a healthy population. In general, we see improvements in deadlift strength, balance (17), and also increase of mobility in the lumbar region, the neck, the hips, the shoulders and the knees (8,12). It appears that the increase of strength in the forearms is common and depends on the pose performed. A higher proportion of the pose where there is weight bearing on the hands will lead to an increase in grip strength (5,6,12). A review by Abel & al. 2013, observed an increase in overall pulmonary function following yoga practice in a healthy population (3,11).

What about hockey players?
Usually, hockey players are in better shape than the rest of the population and that’s a reason why we have to be cautious interpreting the earlier results. Improvement in strength might not be as high as we can expect in the regular population. For hockey players, we might see more change in type 1 muscle fibres. These slow twitch muscle fibres are used predominantly in endurance activity. Hockey player’s performance is more dependent on the fast twitch fibres that should be trained in specific ways to improve performances.

The majority of hockey players benefit more from the increase in balance and mobility than strength. The room for enhancement of the pulmonary function is smaller than the general population. Since the positive changes are very dependent on the initial function, there is a smaller possibility of improvement for hockey players (11). Since breathing exercises from yoga practice are different than the exercise found in conventional training programs, we believe it will bring a positive change for them even though these changes are modest if present.

Psychological benefit
The word yoga means «union». One goal of yoga is to combine physical, psychological and spiritual sphere (3, 14). It would help reduce anxiety, depression, stress, insomnia and improve mood (8, 14). The increase in melatonin and the activation of the parasympathetic system combined with the diminution of cortisol are mechanisms that could explain these positive changes (3, 15). The state of mind during yoga practice and the focus on breathing alone could help the overall well-being. Practicing yoga at stressful moments in life can help with coping when faced with difficult times.

Risk of injury
Yoga is not without risk. To make sure it is safe, it is recommended to respect one’s limits and progressively try poses that are comfortable. Supervised sessions by certified coaches also recommended (3). Poor or difficult postures for one’s ability could increase the risk of injury. Knee injuries are a possible risk for a person who has hip weakness or decreased mobility (18). Those who have a specific medical condition or pre-existing injury should be cautious and adapt the yoga session to their personal limitations.

What frequency?
It is difficult to determine the duration, frequency, intensity and the style of yoga that is best. There are numerous factors to consider such has periodization of training, individual preferences, resources and the time available. The summer is a good time to increase the number of training sessions. Improvement of posture and increase in training volume without an increase in the risk of injury is seen in speed skaters who incorporated yoga in the off-season (16). For hockey players, it’s beneficial to do one to three yoga sessions per week during the offseason. Before training camp or major competitions, overall training should focus more on sport specific exercises. However, these sport specific exercises can be stressful and practising yoga may assist with the difficult situations. This is why it seems important to have a short daily routine and/or two to four yoga sessions a month during the season.

Conclusion
Finally, without being specific to hockey training, yoga is an activity that can be part of a physical and mental preparation program for players. A small volume of yoga won’t bring about the positive physical changes it proposes. Moreover, the positive changes stated earlier are not exclusive to yoga and can be achieved with alternate training. However, yoga can be a good complement to training. It’s also a good way to expand hockey player’s range of physical and psychological skills.

Here are some places in your area where you can practice yoga:

Do you want to be notified when we release a new article?
Sign up for the newsletter.

From the same author 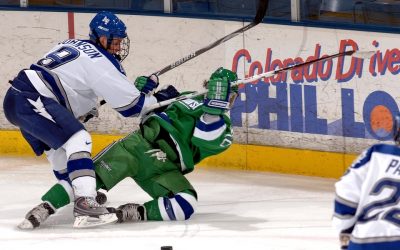 High ankle sprain in hockey players : is it possible wearing skate? Ève Physiotherapist Ankle sprains are not the first injury that comes to mind when you think about injuries in hockey. The lateral ankle sprain, often seen in basketball and soccer is indeed not...

END_OF_DOCUMENT_TOKEN_TO_BE_REPLACED 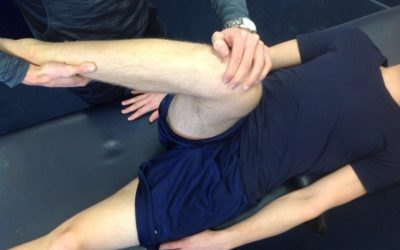 What if the hip was guilty ?

What if the hip was guilty ? MAXIME Sport physiotherapist In previous articles, we discussed some risk factors for groin injuries and ways to prevent them. Beyond prevention, if there’s still pain in this region, it is not always easy to return to play. Although this...

END_OF_DOCUMENT_TOKEN_TO_BE_REPLACED 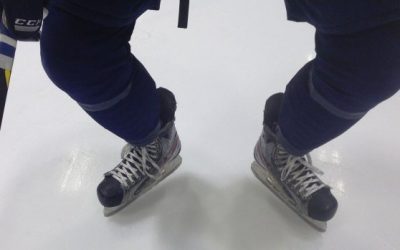 Le départ avant et la position de la hanche MAXIME Sport physiotherapist For hockey players, the groin and hip region is more likely to become injured due to over usuage. During the various ice skating movements, a lot of force is deployed in the hip. This is also the...